In this new column, engineers share their experiences of real-world recording sessions, explaining the decisions they made, and what went right and wrong along the way. First up, we record an indie-rock band on location...
Mike Senior 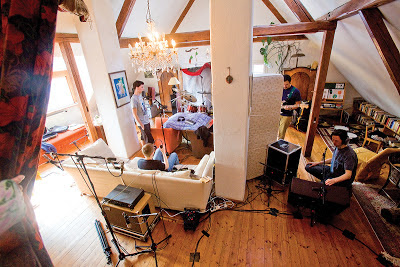 Band-recording On Location
At the heart of any band-recording session lies a fundamental trade-off. On the one hand, a great performance is patently the most important goal, so you need to do everything you can to make people comfortable and keep them in a creative frame of mind. On the other hand, you’re responsible for making everything sound as good as you can, and few musicians will remain inspired if their exciting first take comes back sounding like the Shaggs!

When working with seasoned session veterans, there’s often room for manoeuvre: they understand that chasing enhanced sonics may involve them twiddling their thumbs for a while, and they’ll have learnt to perform well even when shut in a glorified cupboard with a dodgy headphone mix! For bands without a couple of albums behind them, though, there’s a lot to be said for making the recording process as ‘transparent’ as possible, mimicking their normal rehearsal or performance setup, and recording them all at once, so they can interact with each other fairly naturally. This is exactly the approach I decided to take when recently asked to record a three-song EP for talented local band Dunning Kruger.
In rehearsal, they were clearly a tight enough unit to make the ‘all at once’ recording method feasible, and when I floated the idea it was enthusiastically received. They had the opportunity to use some downtime at a small and well-deadened local studio, but I felt that a less cramped domestic environment could put the band more at ease and would probably provide a better drum sound — so it was great news when drummer Peter Zimre managed to secure the use of the converted loft at his parents’ house for a long weekend. It was a surprisingly large, airy living space with plenty of natural light (and the prospect of home cooking!). 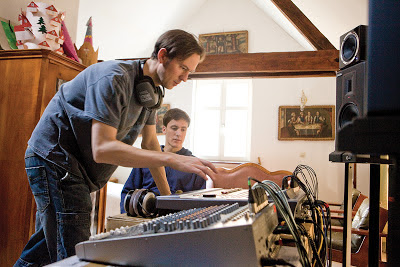 Preparation is paramount if you want to make best use of your session time and avoid mood-shattering hold-ups, so despite the layout of the room being slightly unclear (no pictures were available in advance) I was determined to plan as much of the setup as I could. The lack of on-site recording gear presented no obstacle, because I have a 16-track location rig, but there were plenty of unknowns. For example, I’d be walking into an unfamiliar acoustic that hadn’t been used as a recording space, so I figured I’d better pack the car full of baffles to tackle any spill concerns (I stockpile old carpets, blankets and curtains for precisely that purpose!), as well as plenty of spare stands, bungee cords, and gaffer tape to rig them up with. A bit of redundancy in the kit list also seemed desirable, so I packed a few more cables and mics than I’d need, as well as a small uninterruptible power supply and some isolation transformers to head off the more common mains-related setbacks. 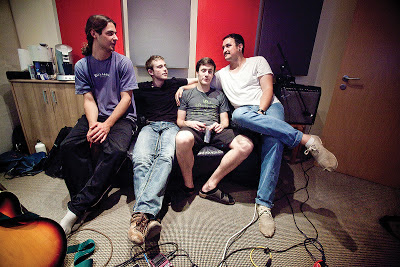 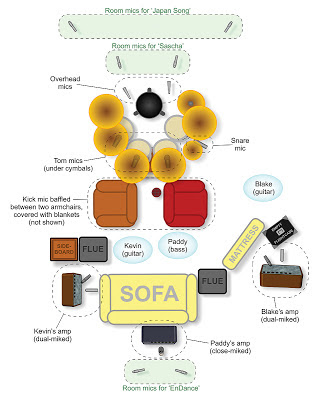 Want me to post more frequently? Donate now! Thank you for your contribution.如果這個網站對您有幫助的話 請贊助我們 謝謝！