If you type “Transformers Sound Design” into Google you will be amazed how many requests there are for “how do I create Transformers sounds and how do I get that special, unique sounding effect on their movements?” It is indeed a quite tricky process, but our new BOOM Library “SciFi” will definitely help to get a good sounding result.

First of all a lot of people make the mistake to think that all the morph sounds are just synth based. Of course you can create a wobbly, building up sound with one of the thousands synth plug-ins out there which will probably also go along with the movement of the Transformer. The most important parts though, which you will hear when you listen really closely to the Transformers movies, are the metallic rattles, the squeaks and hydraulic movements which bring the robots to life. For the transformation process in this video (which can be watched at the very bottom of this post) I just used BOOM Library SciFi’s metal rattles, hydraulic movements, car door impacts and one rising synth sample as my base material. No special plug in chains were applied either as you can see in the following picture. 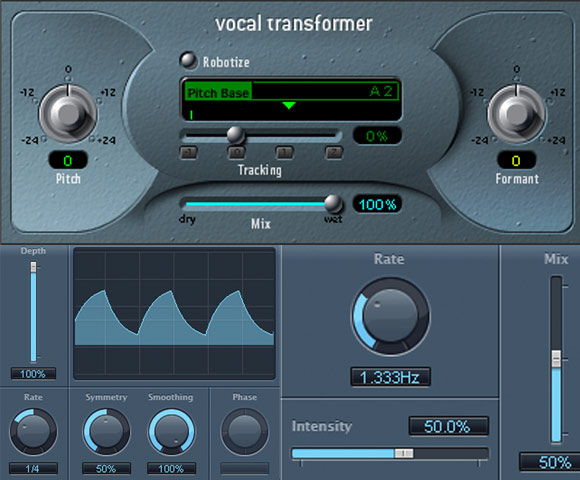 The Logic Flanger, Vocal Transformer (it’s in the name already isn’t it?) and Tremolo are among my most used plug ins of all time. It’s one of the reasons why I still work with Logic for particular projects, Pro Tools simply doesn’t provide me with these little helpers. (Yes I do indeed use both Logic and Pro Tools for SFX, a future post will explain why). So I used the Flanger for the typical flanging effect, then added the Tremolo to make some kind of a stutter movement and finally automated the pitch using the Vocal Transformer.
To spice up the overall sound design I also added rock slides, rock scrapes, a tire skid, and two different car sounds. The rock slides were recorded by Axel Rohrbach and me about three years ago. They have never really been used as they were recorded with our old and not too good equipment. Anyway, heavily pitched down and enhanced with the UAD Pultec Pro EQ they really fit in well in the mix and provided an aggressive sound for the Transformer hitting its claws into the concrete. 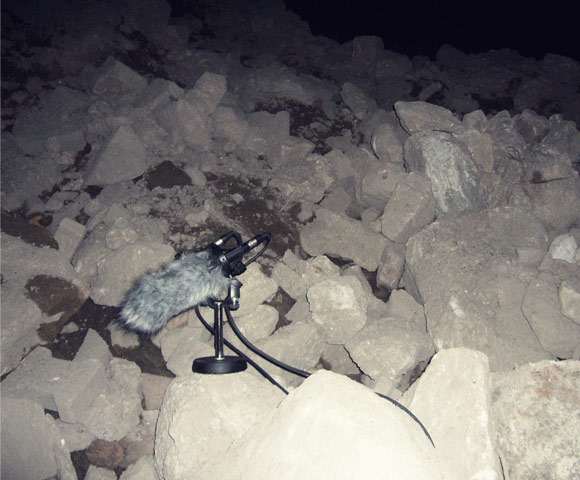 Born in Linz, Austria, on April 25th, 1988, David Philipp MA, is currently working on a wide range of different audio projects. He focuses on Sound Design for both interactive and linear media but is also capable of producing various styles of music, without limiting himself to just one specific style or category. David Philipp seeks to combine lots of different styles to bring together their energy and subsequently deliver it to the audience.

Want me to post more frequently? Donate now! Thank you for your contribution.如果這個網站對您有幫助的話 請贊助我們 謝謝！